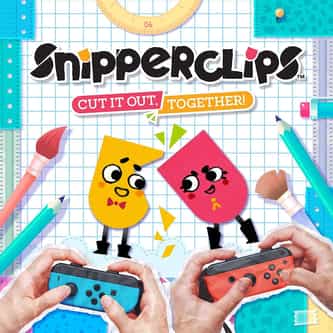 Snipperclips: Cut It Out, Together! is a puzzle video game developed by SFB Games and published by Nintendo for the Nintendo Switch. Snipperclips is a co-operative puzzle game for up to four players. In the main World mode for one or two players, players control two characters named Snip and Clip, who each possess shaped bodies that can be rotated in place. When the two characters overlap each other, one player can snip the overlapped portion out of the other player, altering the shape of ... more on Wikipedia

Snipperclips IS LISTED ON