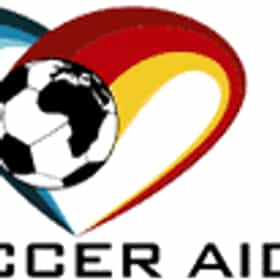 Soccer Aid is a biennial British charity event that has raised over £15 million in aid of UNICEF UK, through ticket sales and donations from the public. The event is a football match between two teams of celebrities and former professional players, representing England and the Rest of the World. Soccer Aid was initiated by Robbie Williams and Jonathan Wilkes. Television coverage began on ITV on 22 May 2006 in a show presented by Ant & Dec. Dermot O'Leary took over as main presenter in 2010. The event returned on 7 September 2008, won by England for a second time and again on 6 June 2010, won by the Rest of the World after a penalty shoot-out. England beat the RoW a third time ... more on Wikipedia

Soccer Aid is also found on...