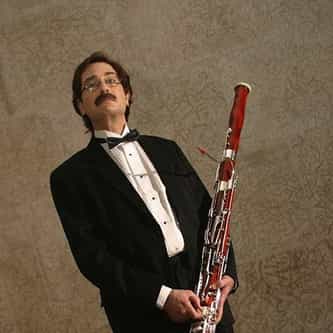 Sol Schoenbach (1915–1999) was an American bassoonist and teacher. Schoenbach was a student of the distinguished bassoonist Simon Kovar. He studied at the New York University, and held honorary doctorates from Temple University and the Curtis Institute of Music. Schoenbach held the position of staff bassoonist for the CBS orchestra from 1932 until 1937. In 1937, he became principal bassoonist of the Philadelphia Orchestra, a position he held until 1957 when Bernard Garfield took over. ... more on Wikipedia

Sol Schoenbach IS LISTED ON

#17 of 51
2.1k VOTES The Greatest Bassoonists of All Time
54.7k VIEWS Famous Bassoonists