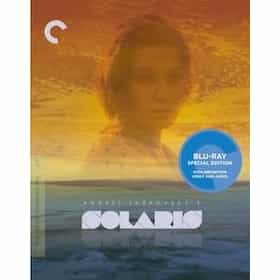 Solaris is a 1972 Russian science fiction art film adaptation of Polish author Stanisław Lem's novel Solaris. The film was co-written and directed by Andrei Tarkovsky. The film is a meditative psychological drama occurring mostly aboard a space station orbiting the fictional planet Solaris. The scientific mission has stalled because the skeleton crew of three scientists have fallen into separate emotional crises. Psychologist Kris Kelvin travels to the Solaris space station to evaluate the situation only to encounter the same mysterious phenomena as the others. The original science fiction novel is about the ultimate inadequacy of communication between humans and other species. ... more on Wikipedia

Solaris is ranked on...

Solaris is also found on...

Romance Movies and Films List of All Movies Released in 1972