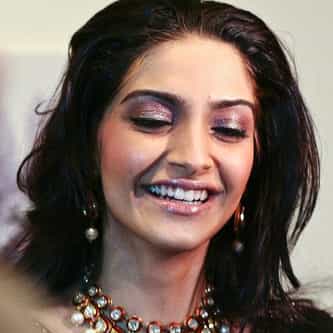 Sonam Kapoor (pronounced [soːnəm kəˈpuːr ]; born 9 June 1985), also known by her married name Sonam Kapoor Ahuja, is an Indian film actress. She has received a National Film Award and a Filmfare Award, and from 2012–2016, she appeared in Forbes India's Celebrity 100 list based on her income and popularity. Kapoor, the daughter of actor Anil Kapoor, began her career as an assistant director on filmmaker Sanjay Leela Bhansali's 2005 drama Black. She later made her acting debut in Bhansali's ... more on Wikipedia

Sonam Kapoor IS LISTED ON