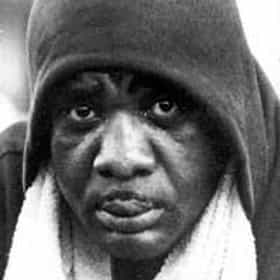 Charles L. "Sonny" Liston (c. 1930 – c. December 30, 1970) was an American professional boxer who competed from 1953 to 1970. A dominant contender of his era, he became the world heavyweight champion in 1962 after knocking out Floyd Patterson in the first round, repeating the knockout the following year in defense of the title; in the latter fight he also became the inaugural WBC heavyweight champion. Liston was particularly known for his toughness, formidable punching power, long reach, and intimidating appearance. Although Liston was widely regarded as unbeatable, he lost the title in 1964 to Cassius Clay (later known as Muhammad Ali), who entered as a 7–1 underdog. ... more on Wikipedia

Sonny Liston is ranked on...

Sonny Liston is also found on...