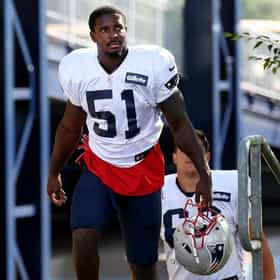 Sony Michel (born February 17, 1995) is an American football running back for the New England Patriots of the National Football League (NFL). He was drafted 31st overall by the New England Patriots of the 2018 NFL Draft. He played college football at Georgia. Michel's parents emigrated from Haiti a year after his older sister Lamise was born. Michel attended American Heritage School in Plantation, Florida. Michel was the starting running back for the American Heritage Patriots, beginning in his eighth grade year there. As a senior, he rushed for 1,833 yards and 24 touchdowns. Over three years playing on varsity, he rushed for 4,758 yards and 63 touchdowns. He was rated by Rivals.com as ... more on Wikipedia

Sony Michel is ranked on...