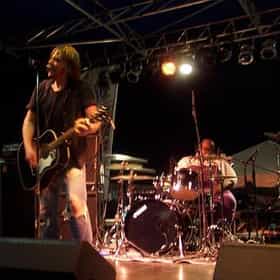 Soul Asylum is an American alternative rock band that formed in 1981, and officially in Minneapolis, Minnesota in 1983. The band originally formed in 1981 under the name Loud Fast Rules, with the original line-up consisting of Dave Pirner, Dan Murphy, Karl Mueller, and Pat Morley. The latter was replaced by Grant Young in 1984. The band recorded three albums with Twin/Tone Records and two with A&M Records to little commercial success. However, in 1992, they released the triple-platinum album Grave Dancers Union, featuring their Grammy Award-winning single "Runaway Train". The band played the Bill Clinton inauguration early the next year. They also scored a platinum record ... more on Wikipedia

Soul Asylum is ranked on...

#581 of 2,187 The Greatest Musical Artists of All Time 13.4M VOTES When VH1 polled fellow artists to name the greatest artists of all time, it seemed like a good idea---but in reality, the li...
#430 of 2,218 The Best Rock Bands of All Time 3.2M VOTES There are thousands of rock bands that have existed throughout the decades ever since the dawn of rock and roll, but only th...
#25 of 222 Bands/Artists With Only One Great Album 51.3k VOTES Bands or artists who produced one great album and never came close to matching it. Vote down if you either don't agree that ...
#134 of 411 People who voted for Soul Asylum... also upvote Vacation Franchise on The All-Time Greatest Comedy Films also upvote Rocky Franchise on The Best Movies of All Time The Greatest Musical Artists of the '90s 1M VOTES   Take a big whiff- "mmmbop", it smells like the '90s in here! An incredibly eclectic decade for music, the...
#18 of 73 The Best Grunge Bands 47.2k VOTES The beginning of the 1990s saw a new genre of rock emerge: grunge music. Grunge bands emerged left and right, primarily from...
#5 of 107 The Best Musical Artists From Minnesota 2.8k VOTES Here are the best artists and bands from Minnesota. Although the state is known for its cold climate, all the talent th...
#132 of 673 People who voted for Soul Asylum... also upvote Star Wars Franchise on The Best Movies of All Time The Best Alternative Bands/Artists 196.4k VOTES At the end of the 1980s, at the peak of glam rock and hair metal, a new genre began to emerge from the underground. Since it...

Soul Asylum is also found on...