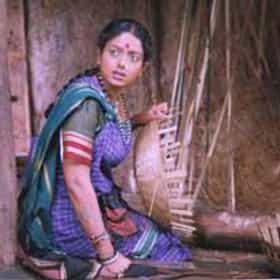 Soundarya Sathyanarayana (18 July 1972 – 17 April 2004) was an Indian actress and producer who worked predominantly in Telugu films and few Kannada, Tamil, Malayalam and Hindi films in lead roles.In 2002, she received the National Film Award for Best Feature Film as producer for the Kannada film Dweepa. She received two Karnataka State Film Awards for Best Actress, several Filmfare Awards South and the Nandi Awards for her performances in films such as Ammoru (1994), Anthapuram (1998), Raja (1999), Dweepa (2002) and Aaptamitra (2004). At the peak of her career, Soundarya died in an aircraft crash near Bangalore on 17 April 2004, when she was on her way to Andhra Pradesh to campaign for ... more on Wikipedia

Soundarya is ranked on...

#6 of 55 People who voted for Soundarya... People outside of the US are 2x more likely to vote for this People on the West Coast are 2x more likely to vote for this The Top Telugu Actresses of All Time 141.5k VOTES Vote for your favorite Telugu actress on this list of Teugu actresses. All the greatest Telugu heroines are here on this lis...
Famous People Who Died in Plane Crashes 245.8k VIEWS This is a list of notable human fatalities resulting from aviation accidents and incidents. Many of these famous people who ...

Soundarya is also found on...