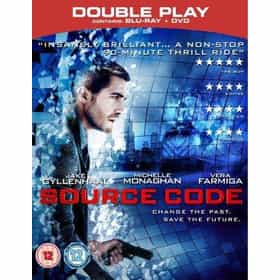 Source Code is a 2011 science fiction film directed by Duncan Jones, written by Ben Ripley, and starring Jake Gyllenhaal, Michelle Monaghan, Vera Farmiga, and Jeffrey Wright. The film had its world premiere on March 11, 2011, at South by Southwest, and was released by Summit Entertainment on April 1, 2011 in North America and Europe. The film was a co-production of France and the United States. Source Code received positive reviews from film critics and became a box office success, grossing over $147 million worldwide. ... more on Wikipedia

Source Code is ranked on...

Source Code is also found on...