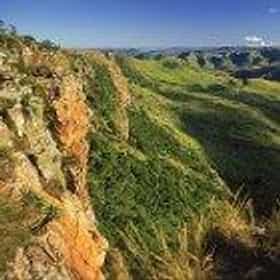 South Africa, officially the Republic of South Africa, is a country located in Southern Africa. It has 2,798 kilometres of coastline that stretches along the South Atlantic and Indian oceans. To the north lie the neighbouring countries of Namibia, Botswana and Zimbabwe; to the east are Mozambique and Swaziland; and within it lies Lesotho, an enclave surrounded by South African territory. South Africa is the 25th-largest country in the world by land area, and with close to 53 million people, is the world's 25th-most populous nation. South Africa is a multiethnic society encompassing a wide variety of cultures, languages, and religions. Its pluralistic makeup is reflected in the ... more on Wikipedia

South Africa is ranked on...

South Africa is also found on...