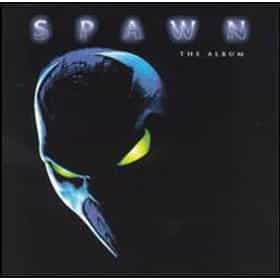 Spawn is a 1997 American supernatural superhero film loosely based on the comic book of the same name, by Todd McFarlane and published by Image Comics. Directed and co-written by Mark A.Z. Dippé, the film stars Michael Jai White in the leading role. Spawn is an origin story of the character, and begins with Al Simmons, a soldier who is resurrected as Spawn, a reluctant, demonic leader of Hell's army. Spawn eventually refuses to lead Hell's army against Heaven and turns against evil forces all together. ... more on Wikipedia

The Best Storylines Every Spawn Fan Should Read 94 votes Todd McFarlane's Spawn is one of the most successful independent comics ever made, and thanks to the hard work of McFarlane ...
The Best Spawn Action Figures Ever Sculpted 1.2k votes When Todd McFarlane set out to merchandise his hit comic book character, he revolutionized the toy industry with his Spawn a...

Spawn is ranked on...

Spawn is also found on...

Famous Movies Filmed in New York City List of All Superhero Movies List of All Fantasy Movies Movies Distributed by Hollywood Pictures List of All Movies Released in 1997 Movies Written By Alan B. McElroy