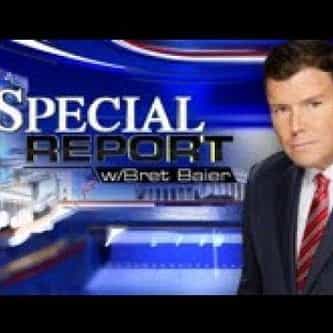 Special Report with Bret Baier is an American television news and political commentary program appearing on Fox News Channel, currently hosted by Bret Baier. It airs live each Monday through Friday at 6:00pm ET. The show focuses on both reporting and analysis of the day's events, with a primary focus on national political news. The show has been a part of the Fox News program lineup since 1998 and is the number one cable news broadcast in its time slot. Brit Hume hosted the show from its ... more on Wikipedia

Special Report with Bret Baier IS LISTED ON