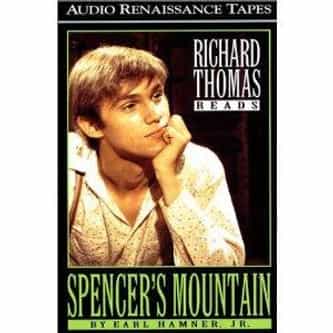 Spencer's Mountain is a 1963 film written, directed, and produced by Delmer Daves from a novel by Earl Hamner, Jr. The film starred Henry Fonda, Maureen O'Hara and in early appearances, James MacArthur, Veronica Cartwright, and Victor French. The novel and film became the basis for the popular television series The Waltons, which followed in 1972. Differing from both the film and novel, The Waltons watered down many of the adult themes, including alcoholism and infidelity. Spencer's ... more on Wikipedia

Spencer's Mountain IS LISTED ON