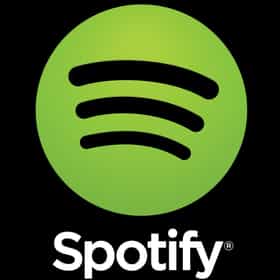 Spotify is a commercial music streaming service that provides digital rights management-restricted content from record labels including Sony, EMI, Warner Music Group, and Universal. Music can be browsed or searched by artist, album, genre, playlist, or record label. Paid "Premium" subscriptions remove advertisements and allow users to download music to listen to offline. Spotify was launched in October 2008 by Swedish startup Spotify AB; as of 15 September 2010, the service had approximately 10 million users, including 2.5 million users with paid subscriptions. The service reached 20 million users by December 2012, and 60 million users in January 2015. Spotify Ltd. operates ... more on Wikipedia

Interesting Facts And Hacks Everyone Should Know About Spotify 96.8k views Spotify is like a little AI music box in your pocket. Somehow, it can always play what you're in the mood for, it finds you ...
The Weirdest Spotify Playlists That Exist for Some Reason 35k views Spotify is the great equalizer when it comes to music snobbery. Thanks to the almost unlimited amount of music that’s availa...
24 Musicians Against Spotify And Other Streaming Services 58.7k views Can't find your favorite jams on Spotify? If your favorite musicians are among these artists or bands not on Spotify or othe...

Spotify is ranked on...