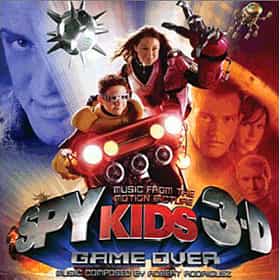 Spy Kids 3-D: Game Over is a 2003 American/Mexican science fantasy adventure film directed by Robert Rodriguez and the third installment in the Spy Kids series. It was released in the United States on July 25, 2003. The film featured the return of many cast members from the past two films, although most were in minor roles and cameo appearances. A fourth film, entitled Spy Kids: All the Time in the World, was released on August 19, 2011. ... more on Wikipedia