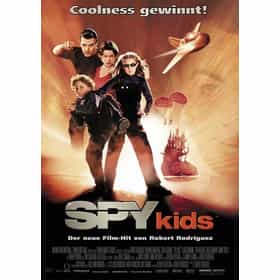 'Spy Kids' Is, Far And Away, One Of The Most Unsettling Movies Made In The Past 20 Years 56.1k views 2001’s Spy Kids marks a truly unnerving entry in the world of children’s entertainment. Spy Kids boasts ridiculous action, a...
What Ever Happened To The Cast Of Spy Kids? 411.1k views Spy Kids is hardly one of the best kids movies ever, but it did spawn a minor franchise and banked plenty of early-aughts no...

Spy Kids is ranked on...

Spy Kids is also found on...