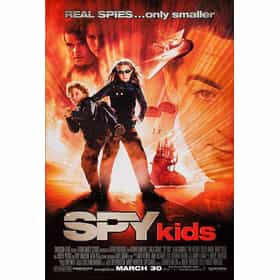 The Spy Kids series consists of four American/Mexican family action films written and directed by Robert Rodriguez. The main plot follows the adventures of two Cortez children who become involved in their parents' espionage. The rest of their family are also spies as well, including their estranged uncle Machete and maternal grandparents. The films tend to have a strong Hispanic heritage theme, as Rodriguez is of Mexican descent. ... more on Wikipedia

Spy Kids is ranked on...

Spy Kids is also found on...