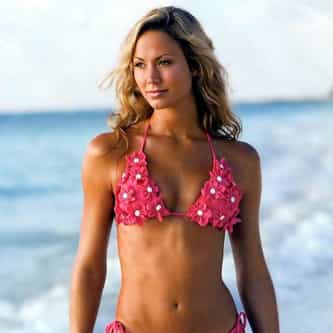 Stacy Ann-Marie Keibler (born October 14, 1979) is an American actress, dancer and model, as well as a former cheerleader and retired professional wrestler, specifically known for her work with World Championship Wrestling (WCW) and World Wrestling Entertainment (WWE). Keibler was a contestant on Dancing with the Stars: season two, where she placed third. She has also appeared on other ABC series such as What About Brian, George Lopez, and October Road, as well as the 100th episode of the ... more on Wikipedia

Stacy Keibler IS LISTED ON