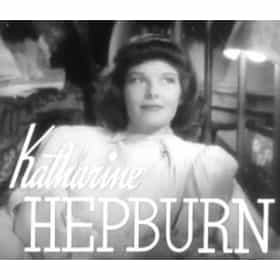 Stage Door is a 1937 RKO film, adapted from the play by the same name, that tells the story of several would-be actresses who live together in a boarding house at 158 West 58th Street in New York City. The film stars Katharine Hepburn, Ginger Rogers, Adolphe Menjou, Gail Patrick, Constance Collier, Andrea Leeds, Samuel S. Hinds and Lucille Ball. Eve Arden and Ann Miller, who became notable in later films, play minor characters. The film was adapted by Morrie Ryskind and Anthony Veiller from the play by Edna Ferber and George S. Kaufman, but the play's storyline and the characters' names were almost completely changed for the movie, so much so in fact that Kaufman joked the film should ... more on Wikipedia

Stage Door is ranked on...

Stage Door is also found on...