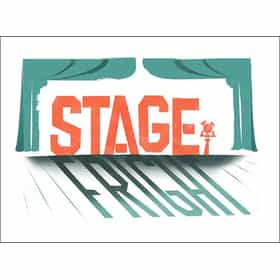 Stage Fright is a 1950 British crime film directed and produced by Alfred Hitchcock starring Jane Wyman, Marlene Dietrich, Michael Wilding and Richard Todd. Others in the cast include Alastair Sim, Sybil Thorndike, Kay Walsh, Hitchcock's daughter Patricia Hitchcock in her movie debut and Joyce Grenfell in a humorous vignette. The story was adapted for the screen by Whitfield Cook, Ranald MacDougall and Alma Reville, with additional dialogue by James Bridie, based on the novel Man Running by Selwyn Jepson. Much of the plot has a theatrical setting. There is a female protagonist, and early on the film features an account by an unreliable narrator which the audience sees as a flashback. ... more on Wikipedia

Stage Fright is ranked on...

Stage Fright is also found on...