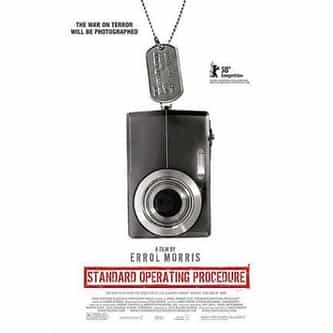 Standard Operating Procedure is a 2008 documentary film which explores the meaning of the photographs taken by U.S. military police at the Abu Ghraib prison in late 2003, the content of which revealed the torture and abuse of its prisoners by U.S. soldiers and subsequently resulted in a public scandal. The film was directed by Errol Morris. Commenting on the relationship of his film to the notorious photographs, Morris has said his intent was "…not to say that these 'bad apples' were ... more on Wikipedia

Standard Operating Procedure IS LISTED ON