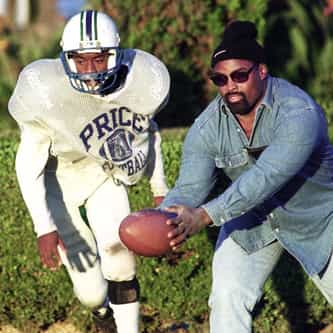 Stanley Tobias Wilson Sr. (born August 23, 1961) is an American former professional football running back who played for the NFL's Cincinnati Bengals. He attended college at the University of Oklahoma and selected by the Bengals in the ninth round of the 1983 NFL Draft. Wilson played high school football at Banning High School in Los Angeles, where he played with Freeman McNeil in the backfield and he was the 4A player of the year in 1978 and 1979. ... more on Wikipedia

Stanley Wilson IS LISTED ON

#16 of 32
4.1k VOTES The Best Oklahoma Sooners Running Backs of All Time
21.2k VIEWS Who Is The Most Famous Stan Or Stanley In The World?