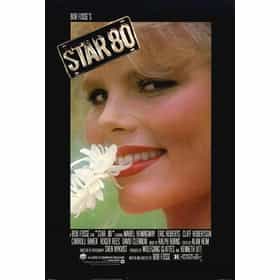 Star 80 is a 1983 American film about the true story of Playboy Playmate of the Year Dorothy Stratten, who was murdered by her estranged husband Paul Snider in 1980. The film was directed by Bob Fosse, and starred Mariel Hemingway and Eric Roberts. The film was shot on location in Vancouver, British Columbia and Los Angeles, California; the death scene was filmed in the same house in which the murder-suicide actually took place. The story is based on the Pulitzer Prize-winning Village Voice article "Death of a Playmate" by Teresa Carpenter; the film's title was taken from Snider's vanity license plates. Star 80 was the second movie based on the murder of Stratten. It was ... more on Wikipedia