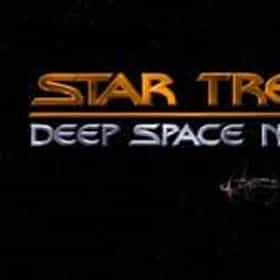 Star Trek: Deep Space Nine is a science fiction television series set in the Star Trek universe. The show is set in the Milky Way galaxy, in the years 23692375. In contrast to the setting of the other Star Trek TV shows, it takes place on a space station instead of a starship, so as not to have two series with starships at the same time. This made continuing story arcs and the appearance of recurring characters much more feasible. The show is noted for its well-developed characters, its original, complex plots, religious themes and for starring the only black captain of all the Star Trek series to be featured as the show's protagonist. The series concentrated on darker themes. ... more on Wikipedia