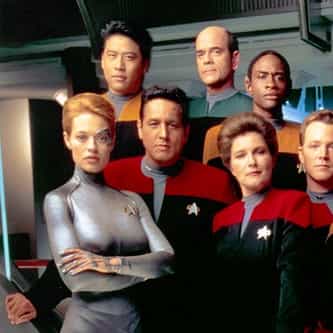 Star Trek: Voyager is a science fiction television series, set in the Star Trek universe. The show takes place during the 2370s, and begins on the far side of the Milky Way galaxy, 75,000 light-years from Earth. It follows the adventures of the Starfleet vessel USS Voyager, which becomes stranded in the Delta Quadrant while pursuing a renegade Maquis ship. The two ships' crews merge aboard Voyager, to make the estimated 75-year journey home. The show was created by Rick Berman, Michael ... more on Wikipedia

Star Trek: Voyager IS LISTED ON