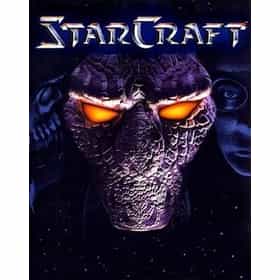 StarCraft is a military science fiction real-time strategy video game developed and published by Blizzard Entertainment and released for Microsoft Windows on March 31, 1998. The game later spawned a franchise, and is the first game of the StarCraft series. A Mac OS version was released in 1999, and a Nintendo 64 adaptation co-developed with Mass Media was released on June 13, 2000. Work on the game started shortly after Warcraft II: Tides of Darkness '​s release in 1995. StarCraft debuted at the 1996 E3, where it was unfavorably compared to Warcraft II. As a result, the project was entirely overhauled and then showcased to public in early 1997, receiving a far more positive response. ... more on Wikipedia

StarCraft is ranked on...

StarCraft is also found on...