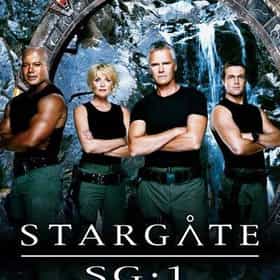 Stargate SG-1 is an adventure and military science fiction television series and part of Metro-Goldwyn-Mayer's Stargate franchise. The show, created by Brad Wright and Jonathan Glassner, is based on the 1994 science fiction film Stargate by Dean Devlin and Roland Emmerich. The television series was filmed in and around the city of Vancouver, Canada. The series premiered on Showtime on July 27, 1997; the final episode first aired on Sky1 on March 13, 2007. With 214 episodes over 10 seasons, Stargate SG-1 had surpassed The X-Files as the longest-running North American science fiction television series, a record it holds to this day, regarding the time span it was running. Although, ... more on Wikipedia