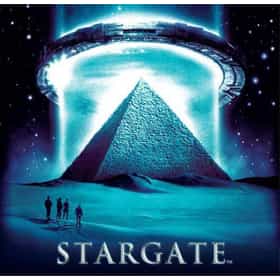 Stargate is a 1994 French-American adventure science fiction film released through Metro-Goldwyn-Mayer and Carolco Pictures. Created by Dean Devlin and Roland Emmerich, the film is the first release in the Stargate franchise. Directed by Roland Emmerich, the film stars Kurt Russell, James Spader, Jaye Davidson, Alexis Cruz, Mili Avital, and Viveca Lindfors. The plot centers on the premise of a "Stargate", an ancient ring-shaped device that creates a wormhole enabling travel to a similar device elsewhere in the universe. The film's central plot explores the theory of extraterrestrial beings having an influence upon human civilization. The film had a mixed initial critical ... more on Wikipedia

Stargate is ranked on...

Stargate is also found on...