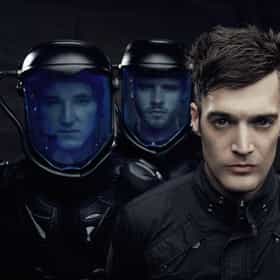 Starset is an American rock band from Columbus, Ohio,[7] formed by Dustin Bates in 2013. They released their debut album, Transmissions, in 2014 and their second album, Vessels, on January 20, 2017. The band has found success in expanding the ideas of their concept albums through social media and YouTube, with the band generating over $230,000 in revenue from views from the latter as of November 2016. Their single "My Demons" had accumulated over 280 million YouTube views in the same time period. Their most commercially successful song, "Monster", peaked at number 2 on the Billboard US Mainstream Rock Songs chart in May 2017. A third studio album, Divisions, was ... more on Wikipedia

Starset is ranked on...

#970 of 2,219 The Best Rock Bands of All Time 3.2M VOTES There are thousands of rock bands that have existed throughout the decades ever since the dawn of rock and roll, but only th...