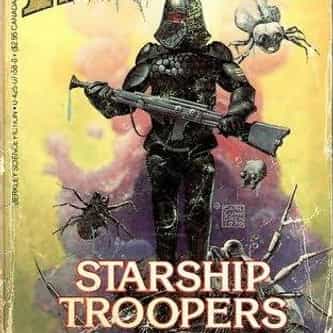 Starship Troopers is a military science fiction novel by Robert A. Heinlein, first published as a serial in The Magazine of Fantasy & Science Fiction and published hardcover in December 1959. The first-person narrative is about a young soldier named Juan "Johnnie" Rico and his exploits in the Mobile Infantry, a futuristic military service branch equipped with powered armor. Rico's military career progresses from recruit to non-commissioned officer and finally to officer ... more on Wikipedia

Twenty Thousand Leagues Under the Sea