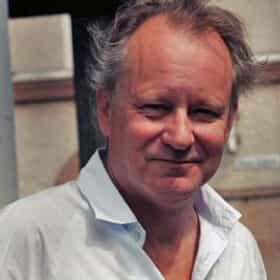 Stellan Skarsgård is ranked on...

#175 of 282 People who voted for Stellan Skarsgård... also upvote Alien Franchise on The Best Movies of All Time also upvote Sherlock on The Best Shows Currently on the Air The Best (Male) Actors Working Today 1.5M VOTES The best actors working today include Hollywood legends, Academy Award winners and many of the top up and coming actors in t...
#351 of 1,151 People who voted for Stellan Skarsgård... Women are 2x more likely to vote for this The Best Actors in Film History 2.2M VOTES The best actors ever are ranked here in this list of the best actors in film history. These are the greatest actors ever to ...
#581 of 2,003 People who voted for Stellan Skarsgård... also upvote Harry Potter Franchise on The Best Movies of All Time also upvote Harry Potter Franchise on The Most Rewatchable Movies The Greatest Actors & Actresses in Entertainment History 1.7M VOTES The best actors and actresses of all time, male and female, ranked by film fans worldwide. This list of greatest actors and ...
#154 of 333 The Greatest Actors Who Have Never Won an Oscar (for Acting) 452.3k VOTES There are many actors who haven't won an Oscar. For 95 percent of the acting population, there is probably a good reason the...
#67 of 257 The Best Marvel Movie Actors Ever 576k VOTES Ah Marvel movies. It began in 1944 with serialized films of Captain America and 70 years later, are one of the biggest, most...
#114 of 313 Famous People Most Likely to Live to 100 12.8k VOTES Sometimes, age really is just a number. But these healthy old celebrities seem to be defying time like no others. These clas...
#26 of 56 People who voted for Stellan Skarsgård... also upvote Thor Franchise on The Best Movies Based on Marvel Comics also upvote Lord of the Rings Franchise on The Most Rewatchable Movies The Best Marvel Superhero Movie Actors 101k VOTES Comic book movies are especially hard to cast because there are so many die hard fans of these characters who see them all t...
#26 of 26 Actors Who Played Animated Disney Characters 9.1k VOTES Disney has been extremely successful in taking its most beloved animated heroes and villains and turning them into live-acti...
#11 of 35 Celebrities Whose Names Are Hardest to Spell 9.2k VOTES Some big time Hollywood celebrities have one tiny thing wrong with them: it's very hard to spell their names. These celebrit...
#7 of 8 'Chernobyl' Actors Vs. The Real People They Portrayed 5.5k VOTES The Chernobyl nuclear explosion was a catastrophe created entirely by human beings. And it primarily destroyed and affected ...
Famous Tall Men Over 6'2 444.6k VIEWS Some of the tallest men in Hollywood may not seem so on your screen. Paired alongside other tall actors, shorts actors weari...
Children Of Celebrities Describe What Their Parents Are Really Like 2.6k VIEWS What is life like for the children of famous parents? Minus the red carpets and the paparazzi, the ways celebrity parents ra...
Celebrities Who Grew Up in Families of Actors 286.1k VIEWS List of Celebrities in Actor Families ranked by fame and popularity. Many people take up the family business and actors are ...
How to Pronounce Tricky Celebrity Names 16.2k VIEWS Not every celebrity name is as straight-forward as "Tom Hanks" and you won't find him anywhere near this list, whi...
35 Celebs Who Are Scandinavian 22.8k VIEWS Maybe there's something in the air in Scandinavia, or perhaps it's the geography that encourages artists. Whatever the cause...

Stellan Skarsgård is also found on...