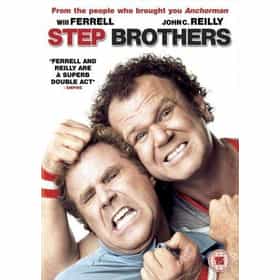 Step Brothers is a 2008 American buddy slapstick comedy film starring Will Ferrell and John C. Reilly. The screenplay was written by Will Ferrell and Adam McKay, from a story written by them with Reilly. It was produced by Jimmy Miller and Judd Apatow, and directed by McKay. The film was released on July 25, 2008, two years after the same group of men wrote, produced, and starred in another comedy, Talladega Nights: The Ballad of Ricky Bobby. ... more on Wikipedia

Step Brothers is ranked on...

Step Brothers is also found on...