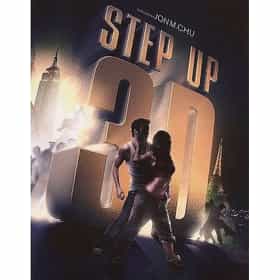 Step Up 3D is a 2010 American 3D dance film written by Amy Andelson and Emily Meyer and directed by Step Up 2: The Streets '​s Jon M. Chu. The sequel sees the return of Adam Sevani and Alyson Stoner, who portrayed Moose from Step Up 2: The Streets and Camille Gage from Step Up. As the third installment in the Step Up trilogy and the first shot in 3D, the film follows Moose and Camille Gage as they head to New York University, the former dancer of whom is majoring in electrical engineering after promising his father that he would not dance anymore. However, he soon stumbles upon a dance battle, meeting Luke Katcher and his House of Pirates dance crew and later teaming up with them to ... more on Wikipedia