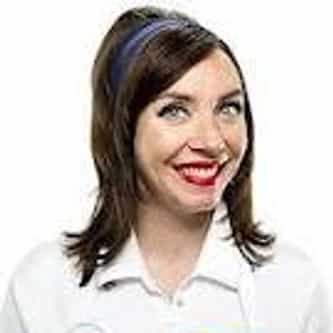 Stephanie Courtney (born February 8, 1970) is an American actress and comedian, best known for playing the advertising character Flo in television and radio commercials for Progressive Corporation beginning in 2008, and noted for her recurring roles on several television series, including the voices of Renee the Receptionist and Joy Peters on the Adult Swim comedy Tom Goes to the Mayor (2004–06), Marge on the AMC drama Mad Men (2007); and Diane on the ABC comedy Cavemen (2007). She also ... more on Wikipedia

Stephanie Courtney IS LISTED ON