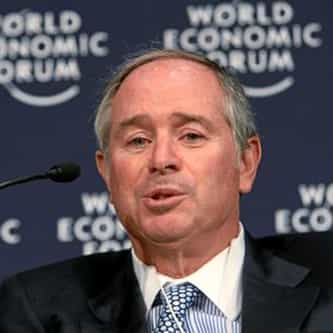 Stephen Allen Schwarzman (born February 14, 1947) is an American businessman and philanthropist. He is the chairman and CEO of The Blackstone Group, a global private equity firm he established in 1985 with former chairman and CEO of Lehman Brothers and US Secretary of Commerce Pete Peterson. His personal fortune is estimated at $12.4 billion as of December 2018. As of 2017, Forbes ranked Schwarzman at 117th on its World's Billionaires List. Schwarzman briefly served as Chairman of ... more on Wikipedia

Stephen A. Schwarzman IS LISTED ON