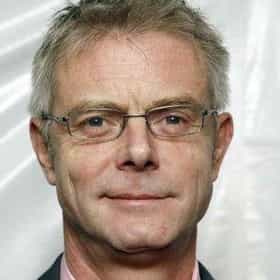 Stephen David Daldry, CBE (born 2 May 1960) is an English director and producer of film, theatre, and television. He has won three Olivier Awards for his work in the West End and two Tony Awards for his work on Broadway. He has directed several feature films that have been nominated for Best Director and/or Best Picture at the Academy Awards. These films are Billy Elliot (2000), The Hours (2002), The Reader (2008) and Extremely Loud & Incredibly Close (2011). From 2016 to 2019, he produced and directed Netflix television series The Crown, for which he received two Primetime Emmy Award nominations and one win for Outstanding Directing for a Drama Series and Outstanding Drama Series. ... more on Wikipedia

Stephen Daldry is ranked on...

#740 of 777 The Greatest Directors In Movie History 310.2k VOTES List of the greatest directors in movie history, who are most deserving of Academy Awards and critical recognition. The list...
#133 of 139 The Greatest Auteurs in Film History 13.1k VOTES An auteur is a filmmaker or director whose personal, individual production style and creative flare gives his or her films a...
#59 of 159 The Best Directors of the 2000s 3.8k VOTES The best directors of the 2000s rank among some of the greatest living directors and most among the best directors of all ti...
Famous People Named Steve 11.8k VIEWS List of famous people named Steve, along with photos. How many celebrities named Steven can you think of? The famous Steves ...

Stephen Daldry is also found on...