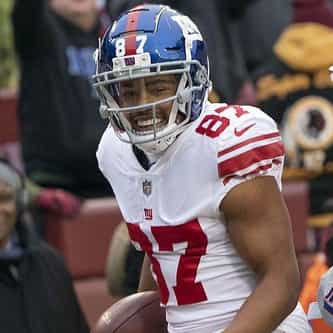 Sterling Clay Shepard (born February 10, 1993) is an American football wide receiver for the New York Giants of the National Football League (NFL). He played college football at Oklahoma. Shepard was drafted by the Giants in the second round of the 2016 NFL Draft. Shepard was born on February 10, 1993. Shepard attended Heritage Hall School in Oklahoma City, Oklahoma, where he rushed for 1,115 yards and caught 133 passes for 2,335 yards and 38 touchdowns in his high school football career. ... more on Wikipedia

Sterling Shepard IS LISTED ON