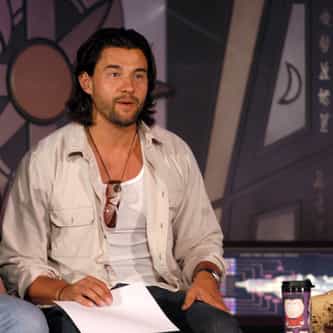 Steve Bacic (( BAY-sik, born March 13, 1965) is a Canadian actor. He is known for playing the characters Gaheris and Telemachus Rhade on the Sci-Fi series Gene Roddenberry's Andromeda. After guest starring in seasons 1-3 as both characters, he joined the cast early in season four as Telemachus. In total, he was in 44 of the 110 Andromeda episodes. Beginning in 2013, he co-starred as "Jason" in Hallmark Movies & Mysteries channel Garage Sale Mysteries series of TV films. ... more on Wikipedia

Steve Bacic IS LISTED ON