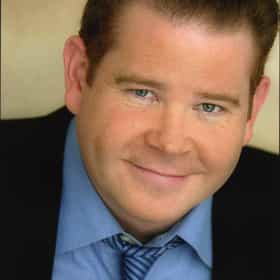 Steven "Steve" Monroe (born October 30, 1972) is an American actor, stand-up comedian, and practicing psychotherapist. He has a number of television credits to his name, including guest roles on such series as 7th Heaven, CSI: Crime Scene Investigation, Criminal Minds, Charmed, Monk, Grey's Anatomy, JAG, NYPD Blue, Veronica Mars, Zoey 101, iCarly, Supah Ninjas, Wizards of Waverly Place, and The Suite Life on Deck. He had a recurring role on Sister, Sister as Steve. His most recent role is as Scott Proctor on the CW series Crazy Ex-Girlfriend. Monroe has appeared in a number of notable films including 8 Mile, Austin Powers: International Man of Mystery, Cast Away, House of the ... more on Wikipedia

Steve Monroe is ranked on...

Where Are They Now: The Cast Of 'Sister, Sister' 5.4k VIEWS With rumors of a Sister, Sister reboot regularly resurfacing, the world is caught up remembering the good ol’ days...

Steve Monroe is also found on...