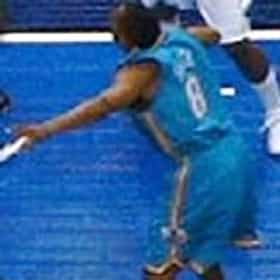 Steven Delano Smith (born March 31, 1969) is an American retired basketball player who is currently a basketball analyst for Turner Sports. After a collegiate career with Michigan State, he played with several teams in his 14-season National Basketball Association career, including the Miami Heat, the Portland Trail Blazers and the San Antonio Spurs, but is perhaps best known for his five-year stint with the Atlanta Hawks which included an All-Star Game appearance in 1998. He won a championship with the Spurs in 2003. Smith was widely regarded as an excellent three-point shooter, and is one of three players to make seven 3-pointers in a quarter. He joined the USA men's national ... more on Wikipedia

Steve Smith is ranked on...

Steve Smith is also found on...