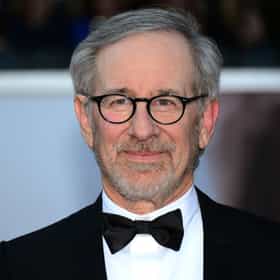 Steven Allan Spielberg (; born December 18, 1946) is an American filmmaker. He is considered one of the founding pioneers of the New Hollywood era and one of the most popular directors and producers in film history. Spielberg started in Hollywood directing television and several minor theatrical releases. He became a household name as the director of Jaws (1975), which was critically and commercially successful and is considered the first summer blockbuster. His subsequent releases focused typically on science fiction/adventure films such as Close Encounters of the Third Kind (1977), Raiders of the Lost Ark (1981), E.T. the Extra-Terrestrial (1982), and Jurassic Park (1993), which ... more on Wikipedia

Steven Spielberg is ranked on...

Steven Spielberg is also found on...