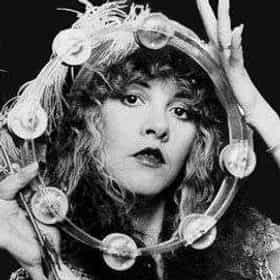 Stephanie Lynn Nicks (born May 26, 1948) is an American singer and songwriter. Nicks is best known for her work as a songwriter and vocalist with Fleetwood Mac, and also for her chart-topping solo career. She is known for her distinctive voice, mystical stage persona and poetic, symbolic lyrics. Collectively, her work both as a member of Fleetwood Mac and as a solo artist has produced over forty top 50 hits and sold over 140 million records, making her one of the best-selling music acts of all time with Fleetwood Mac. In addition, she became the first female artist inducted into the Rock and Roll Hall of Fame twice. Nicks joined Fleetwood Mac in 1975 along with her then boyfriend, ... more on Wikipedia

Stevie Nicks is ranked on...

Stevie Nicks is also found on...