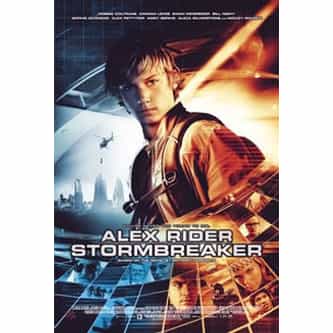 Stormbreaker is a 2006 British Action spy film based on Anthony Horowitz's novel of the same name, the first novel in the Alex Rider series and stars Alex Pettyfer in the title role. The film also stars Mickey Rourke, Bill Nighy, Sophie Okenedo, Alicia Silverstone, Sarah Bolger, Stephen Fry and Ewan McGregor. In the U.S., the film was promotionally named Alex Rider: Operation Stormbreaker. The film was intended to be the first of a series of Alex Rider films, but no further films have been ... more on Wikipedia

Stormbreaker IS LISTED ON