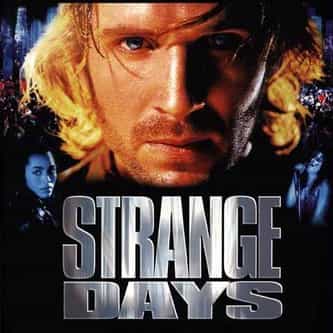 Tagline
An extreme taste of reality.
you know you want it.
new year's eve 1999. anything is possible. nothing is forbidden.

Strange Days IS LISTED ON