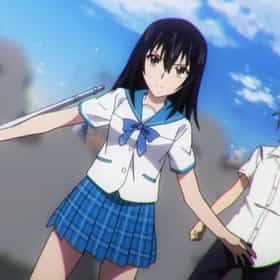 Strike the Blood, also known in short form as SutoBura, is a Japanese light novel series by Gakuto Mikumo with illustrations by Manyako. A 24-episode anime television adaptation by Silver Link and Connect aired between October 4, 2013 and March 28, 2014 in Japan. The story follows the adventures of Kojou Akatsuki, a vampire in high school who is a bit reluctant to show his powers, and Yukina Himeragi, a teenage Sword Shaman apprentice who is sent to observe him. ... more on Wikipedia

Strike the Blood is ranked on...