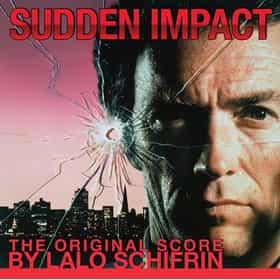 Sudden Impact is a 1983 American action film and the fourth film in the Dirty Harry series, directed by Clint Eastwood, and starring Eastwood and Sondra Locke. The film is notable for the catchphrase, "Go ahead, make my day", which is uttered by Clint Eastwood's character in the beginning of the film. That phrase, although in its Italian localization "Coraggio... fatti ammazzare", was also chosen as title for the Italian version of the film. ... more on Wikipedia

Sudden Impact is ranked on...

Sudden Impact is also found on...