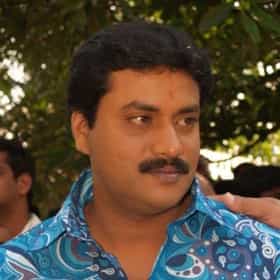 Sunil Varma is an Indian actor who works in the Telugu film industry. His roles usually are to provide comic relief. He acted over 177 Telugu films in his career. Sunil has won two Filmfare Awards and three Nandi Awards, which are the highest awards in Telugu cinema. He took his first lead role in Andala Ramudu (2006). Apart from his comic roles, his commercial successes as a lead actor include Maryada Ramanna (2010) directed by S. S. Rajamouli, Poola Rangadu (2012), and Tadakha (2013). ... more on Wikipedia

Sunil is ranked on...

Famous People Named Sunil 817 VIEWS Ever wondered how many famous people named Sunil there are? This list of celebrities named Sunil includes photos and infor...

Sunil is also found on...