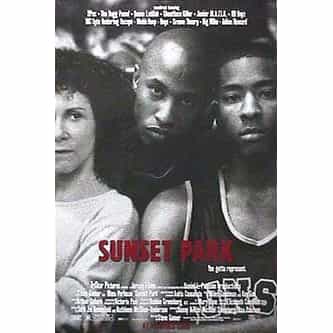 Sunset Park is a 1996 basketball film. It stars Rhea Perlman as the head coach of a high school boys' basketball team from the Sunset Park neighborhood in New York City. The film also stars rapper Fredro Starr and features an early film appearance from Academy Award nominee Terrence Howard. It was produced by Perlman's husband, Danny DeVito. With elements of both drama and comedy, Sunset Park was released in April and went on to gross about $10 million at the box office. It didn't garner ... more on Wikipedia

Sunset Park IS LISTED ON