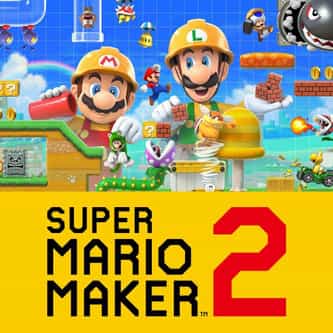 Super Mario Maker 2 is a side-scrolling platform game and game creation system developed and published by Nintendo for the Nintendo Switch home video game console. It is the sequel to Super Mario Maker, and it was released worldwide on June 28, 2019. The gameplay is largely retained from that of its predecessor, in which players create their own custom courses using assets from various games across the Super Mario franchise and share them online. Super Mario Maker 2 introduces new features ... more on Wikipedia

Super Mario Maker 2 IS LISTED ON